Easy to use. Reliable. Affordable.

A common complaint among commuters is the poor intelligibility of announcements at many train stations. One can imagine the annoyance caused by a poorly announced platform change...

There is a reason why PA systems at train stations have a hard time performing well. The reverberation encountered in large train terminals pose a real challenge for the intelligibility of PA systems; the frequent passage of noisy trains is another. Yet there are many examples of train stations that prove that it is entirely possible to design and implement an excellent PA system for this environment. 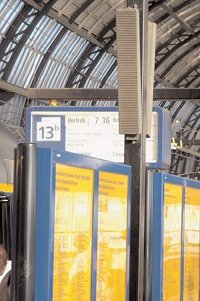 The Bedrock DSP500 series is capable of handling the large numbers of channels required in railway applications. Cobranet is a distribution technology that fits the needs of train stations very well.  Bedrock Optimizer can be used to keep the PA system on its toes at all times - and adapt to the noise of passing trains as well as rush-hour crowds. 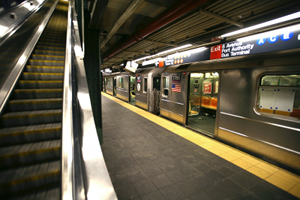 Our general conditions are found here. KvK / Chamber of Commerce The Hague nr 72892692.