Easy to use. Reliable. Affordable.

A measuring tool for every budget and application

The Bedrock brand stands for high-quality, high-end measuring equipment for acoustics and professional audio. Our products combine the ease of use of a smartphone with the highest professional and scientific standards of performance and accuracy. Our devices are designed by our own team of scientists and engineers, and built in our own production facility in the Netherlands.

Professional measuring instruments, made as easy to use as a smartphone

Made by the inventors of STIPA

STIPA has become the industry standard for measuring speech intelligibility.  The Bedrock SM50 STIPA meter is the device that many have been waiting for: finally a STIPA meter that is accurate, reliable and affordable at the same time! Designed from scratch by the very team that invented STIPA.

An acoustic test signal source you can bring anywhere

Whether it is for STIPA testing, measuring loudspeaker transfer functions or reverberation times: you'll always need an acoustic test signal source. The Bedrock BTB65 is small and light, but it packs an impressive punch: not just as a simulated talker, but also (through is balanced line-out) as an electric test signal source.

We're there if you need us

Whether or not we have a local distributor or agent in your region, we'll be there for you when you need us. Regardless of what time zone you are in, most questions are answered (and most issues are solved) within 24 hours. Also, all products are covered by our extensive worldwide pick-up&return warranty programme.

The story of Bedrock Audio

Firmware version 2.4 for the SM30, SM50 and SM90 has been released. As always, the new firmware adds exciting new features to your instrument - and as always, it's free. Firmware 2.4 adds one completely new module: RTA logging. This module is designed for long-term logging of spectral data. It is also useful to generate spectrograms.

The functionality of the RT60 module was enhanced: it now implements both the interrupted noise method as well as the impulse method (both of which conforming to ISO 3382). This means that you can use either a spherical noise source (spherical loudspeaker) or an impulse generator (clapper, starter gun, etc).

Perhaps the biggest change is found only under the hood: a completely new remote control API was implemented. This means that third party applications (on PC, mac, Raspberry PI or any other platform) can now fully control the SMxx via USB. This enables powerful new applications and setups. Contact us if you would like to use this API; documentation (as well as a C# reference library) are made available upon request.

Overview of the new features in Firmware 2.4:

The update package can be downloaded here (note that logging in is no longer required).  The manual has also been updated. As always, the update is free for all existing and new owners of the Bedrock SMxx.

Your feedback  and bug reports are (as usual) gratefully received and used towards future updates.

If standard devices don't cut it, simply get a Bedrock device customized!

The Bedrock philosophy is simple: anything we build is designed to be easily customized. Take our digital signal processor, the DSP500 series. Even the standard model comes with plenty of options. But since we've built this around our own signal processing chip, our BSP64, there's nothing you could think of that our team cannot make. 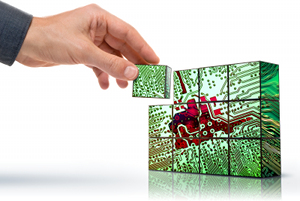 The Bedrock SM50 is the first Speech Transmission Index meter that has been completely developed and designed by the inventors of STIPA.  The design is based on a simple philosophy: we wanted to create the best and most accurate STI measuring instrument there is, while making it very easy to use at the same time. 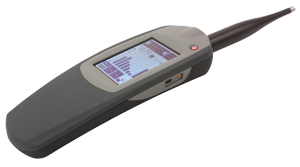 The SM50 is not only a Speech Transmission Index meter, but also a fully compliant class 2 / type 2 sound level meter (IEC 61672, ANSI S1.4) and a class 0 real-time analyzer (IEC-61260). Not to mention a RT60 meter, LAEQ logger and oscilloscope. Even seasoned acoustical engineers and audio professionals tell us that those features are really everything they need in their day-to-day work.

Acoustic calibrators are now added to our product line-up

Acoustic calibrators enable you, as a user of acoustic measuring instruments, to verify the level calibration of your instrument, and make adjustments if needed. It is considered "good laboratory practice" to do this before and after every measuring session. Even though are microphones are exceedingly stable, it is still a good idea to adopt this measure as a precaution.

We offer two product versions: BAC1 and BAC2 (respectively for class 1 and class 2 devices). The devices are easy to operate and require very little maintenance. Each device comes with a calibration certificate issued by an external accredited laboratory. The Bedrock BAC2 (class 2 version) comes complete with an adapter for our standard class 2 microphone (BAMT2). 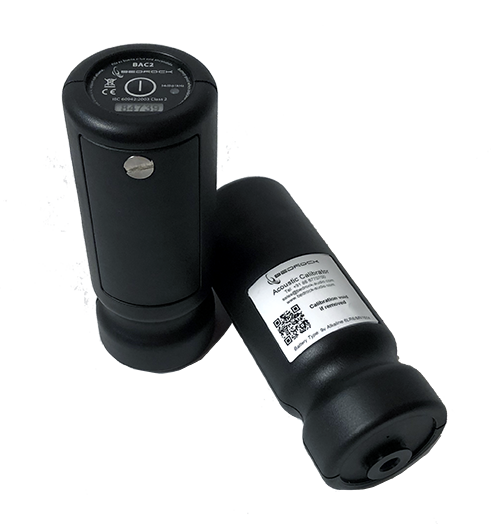 As many of you will know, we offer a series of tools for importing data from the Bedrock SMxx instruments (SM30/SM50/SM90) into MS Excel. You will need a recent version of MS Excel (2010 or newer).

These import tools read multiple output files from the SM50 (STIPA, SLM and RTA mode) and convert these into a manageable table. You can also use the tools to easily browse through the measurements. The files can be downloaded here.

There are many different combinations of Excel versions, Windows versions and software that interacts with Excel. We've tested the tools on the most common combinations, but we can't rule out that some people might get unexpected results. So please review your data carefully when you first use these files. Unfortunately, for now, the tools usually do not work in Mac OSX (theoretically, as long as you have VB installed, it should work - but in practice this is not always the case).

Your feedback is as always appreciated; all bug reports are (as usual) gratefully received and used in future updates.

Our general conditions are found here. KvK / Chamber of Commerce The Hague nr 72892692.